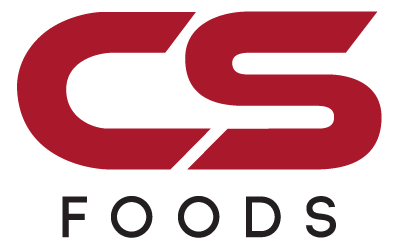 Do not confuse this with beef short ribs. Beef spare ribs are more accurately known as beef back ribs. They are taken from the cow's rib section and are the long ribs most often associated with barbecued beef ribs. Beef back ribs can be braised, roasted or grilled. Short ribs on the other hand is a cut of beef taken from the brisket, chuck, plate, or rib areas of beef cattle. They consist of a short portion of the rib bone, which is overlain by meat which varies in thickness.Short ribs are rich in flavour and if prepared properly, very tender. Short ribs are best braised; they can be grilled but only after an initial braising. The striploin, also known as sirloin, is found along the spine in the hindquarter, running from the ribs to the rump. There are two striploins and they sit just above the tenderloin where the eye fillet is cut, the top sirloin and bottom sirloin. Top sirloin is generally fabricated into steaks that are good for grilling. Since the sirloin is closer to the rear leg of the animal, the muscles get a bit tougher. After separating it from the top sirloin, the bottom sirloin is usually divided into three main components: the tri-tip, ball tip, and flap, which do well with roasting and barbecuing. Beef tongue tastes like any cut of beef but has a melt in your mouth, soft texture. Some people compare the texture and flavor of boiled beef to a super tender shredded beef. Beef tongue can eaten in many different methods, whether within a stew, in a sandwich or wrap, as appetizer in a cold cut tray or even on top of a salad. It is extremely nutritious and tastes best when it is well marinated. Brisket is a cut of meat from the breast or lower chest of beef or veal. The beef brisket is one of the nine beef primal cuts. Brisket can be cooked many ways, including baking, boiling and roasting. Beef chuck comes from the forequarter. Consisting of parts of the neck, shoulder blade, and upper arm, beef chuck produces tough but very flavorful cuts of meat. This primal cut has a good deal of connective tissue. Therefore suits moist slow-cooking techniques that break down the connective tissue. Perfect for curries and stews with great full flavour and a fantastic gelatinous texture. The beef plate primal, located just below the ribs, includes the short ribs. It is also where the skirt steak is located, which is the diaphragm muscle. This steak is extremely flavorful. It's also a thin piece of meat, allowing you to cook it quickly over high heat. Beef plate contains a lot of cartilage, especially around the ribs, which is why beef short ribs are ideal for braising. This process of cooking with moist heat at a low temperature will dissolve cartilage and turn it into gelatin. The beef plate is also fairly fatty, so it can be used in making ground beef. Beef flank is found just next to the plate and can be cooked on the grill. Since it has tough muscle fibers, it can get even tougher if it's overcooked. The best technique for flank steak is to grill it quickly at a high temperature. Marinating the meat first can help prevent it from drying out, but avoiding overcooking really is the best prevention. When you're ready to serve it, remember to slice this steak thinly against the grain so it isn't chewy. Beef flank is also good for braising and it's often used for making ground beef. The beef cheek comes from the facial muscle of the cow and is prepared by the removal of the lips with excessive fat removed. Throughout its life, the cow is constantly working its cheek through chewing food, and consequently the meat is tough. Once cooked correctly & slowly, all the connective tissue becomes tender and melts in the mouth. It absorbs the flavours of braising liquid well and when you cut into it, it is stringy. The beef shin/ shank is the leg of the animal's thigh. Each side of beef has two shanks, one in the forequarter and one in the hindquarter. It is extremely tough and full of connective tissue. Due to the constant use of this muscle by the animal, it tends to be tough, dry, and sinewy, so is best when cooked for a long time in moist heat. The beef round primal cut consists of the back leg. Muscles from the round are fairly lean, but they're also tough because the leg and rump get a lot of exercise. The top round and bottom round are lean and don't contain much collagen which is the type of protein that turns into gelatin when it's braised slowly. Usually the best use of round roasts is to roast them slowly so they turn out medium rare. They can then be sliced thinly and used for sandwiches or even served as roasts. Slicing thinly and against the grain is crucial. As the name suggests, it is simply the tail of cattle or veal. Gelatin-rich due to its high collagen content, The gelatin melts into the meat and broth when cooked, creating a deep, rich flavor, tender and sticky texture. When braising oxtail, plan on a longer cooking time at least 3 hours – over low heat. Oxtails work particularly well in slow cookers and pressure cookers, the recipe will taste even better if left overnight. In terms of cuts of beef, they are just as flavourful as short ribs or oxtails but come at lower cost. Widely used to enhance the flavours of soup/stew. In terms of meat texture, the beef neck is as tender though somewhat less fatty than oxtail. Do note that just like the oxtail, it requires a lengthy simmering to become tender.

Do you know which part of the lamb chops come from? Let us guide you.
Read more Choose Products by
The Cuts of Meat
Products